Warning: Declaration of ET_Theme_Builder_Woocommerce_Product_Variable_Placeholder::get_available_variations() should be compatible with WC_Product_Variable::get_available_variations($return = 'array') in /home/customer/www/ticketrescue.com/public_html/wp-content/themes/Divi/includes/builder/frontend-builder/theme-builder/WoocommerceProductVariablePlaceholder.php on line 0
 Rappers Turned Actors - Ticket Rescue 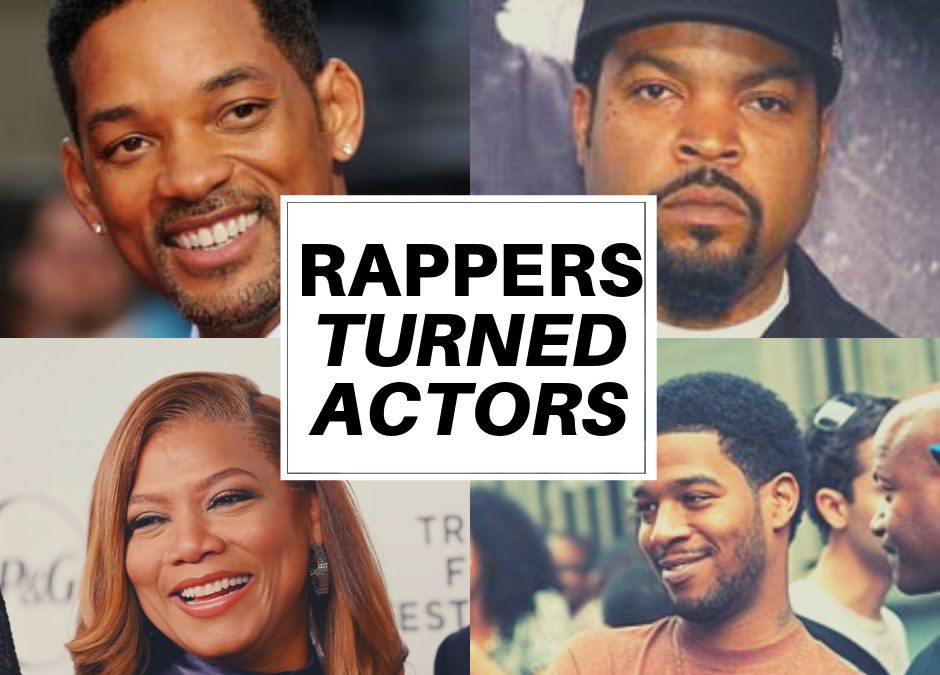 Throughout sports history, there have been athletes that have tried their hands at playing two professional sports. Now while many athletes have given more than one profession a try, very few have been able to really make a mark on both. Names like Deion Sanders and Bo Jackson stand out above the rest for their ability to show they are true athletes and performers by dominating whatever avenue they choose. The same can be said for those in the entertainment industry.

Many rappers and actors decide to diversify their careers and expand into other entertainment fields, but very few are able to achieve the same, or near success, in their new bodies of work. We’ve decided to show appreciation to some of the Bo Jackson’s of the entertainment industry with a list of the top rapper’s turned actors.

To the younger generations, Ice Cube might be more synonymous with the big screen than the mic. However, hip-hop heads recognize that Cube got his start as being a pioneer of the rap genre, cementing himself as a legend in the music industry. Ice Cube, along with Dr. Dre, Eazy-E and others, formed the group N.W.A., which launched the hip-hop scene in the public spotlight with the release of their album “Straight Outta Compton”. The story of the group and Cube’s eventual falling out and extensive solo career, was depicted in the movie of the same title of their album. And although Ice Cube was not in it, his son played his role and Cube served as a producer. This is just one of the many in the long list of successful films that he has been involved as a producer including Friday, Are We There Yet?, and Ride Along. Ice Cube hasn’t been just behind the camera either, as he also has acted in Friday, Fist Fight, and the hit comedy series 21 Jump Street. Ice Cube’s credits as a musical artist, producer and actor provide quite the archive to go through, proving that he has become a staple in the TV industry just as much as the music.

Smith is in a similar boat as Ice Cube, and slightly more rightfully so. Although Smith was involved in music from the very start of his career, it was the TV spotlight that helped propel his eventual music career. Now don’t get me wrong, there is no argument that Smith’s success on the screen far outweighs that of his in the booth, but that is just a testament to how monstrous his success as an actor has been. Many forget that Smith is a four-time Grammy Award winner for his musical contributions, an accomplishment many artists fail to achieve even once in their lifetime. Four Grammy’s when only dropping four albums show’s that Smith had just as much skill as a musical artist as he did an actor. But we all know that Smith’s decision to focus on film was a wise one, as he has been a lead actor in several blockbusters, and not mention one of the most iconic television roles in history. Between the Fresh Prince of Bel-Air and the multiple Grammy’s, Smith’s name will live on in entertainment fame forever.

Queen Latifah has been an a trailblazer her entire career, helping to set the way for African-American women on television and in hip-hop and R&B. Latifah started her career in music, releasing her debut album “All Hail the Queen” in 1989, the first of her seven studio albums that spanned the course of 20 years. Across this time she earned herself a Grammy and also decided to take her talents into the acting community. She started her acting career in a 5 year role on Living Single in 1993 and after a few years of honing her craft, she spread her talents to the big screen and producing. Latifah has shined in a number of box office successes, such as Taxi, Hairspray and 22 Jump Street. Her largest success in the television industry came from her work as a co-producer on the HBO film Bessie, which she was awarded a Primetime Emmy for outstanding television movie. Latifah has had an extensive and rewarding career in both music and television, and she has the hardware to prove her talents in both industries.

For the final two highlights, we decided to spotlight some younger artists who have been making some recent splashes in the game. Kid Cudi is a well-known for his success in the music field, releasing six studio albums so far as well as the most recent and well-received “Kids See Ghosts” with Kanye West. Cudi has been an innovator in the rap industry, provided genre-blended sounds and bringing attention to mental health trough his lyrics. Kid Cudi has provided a grounded personality that attracts droves of fans, so has slowly been seeing if he can bring these fans to see him on the screen. Cudi, who goes by his real name Scott Mescudi for film, has mostly involved in smaller, independent films. This has allowed him to gain larger roles from the start and really focus on perfecting his skills as an actor, and is seemingly paying off. Cudi or Mescudi has a number of acting projects in the works including the upcoming Bill & Ted movie and the upcoming third season of HBO’s WestWorld. Although Scott Mescudi has a long a way to catch up with the legend of his Kid Cudi counterpart, it seems like he has a lot of determination and promise to get there.

The career of Donald Glover, aka Childish Gambino, has been one of reflection and balance of both industries. While getting his start to the public slightly earlier with a role on 30 Rock, Glover found early success with his role as Troy on Community. The buzz from his comedic work on the show helped to hype up the release of his mixtape Camp, which prompted the public to see him as promising rapper as well as actor. While steadily working with his role of Community, Glover shifted his focus to furthering his music career. Glover crafted three albums in a five year span, evolving from a lyrical rapper to multi-faceted artist who could easily cover R&B as well. His musical works earned him five Grammy awards, but one of these came for his vision of film for the music video for “This Is America”. Glover has since returned to making a mark on the screen, creating, producing, acting, and sometimes directing the show “Atlanta” on FX. This show is early in its creation, but has already been picked up for four seasons and won a slew of awards for its first two. Glover is proving that he is a complete artist with his work, showing he is willing to do the work top to bottom.

You have Successfully Subscribed!